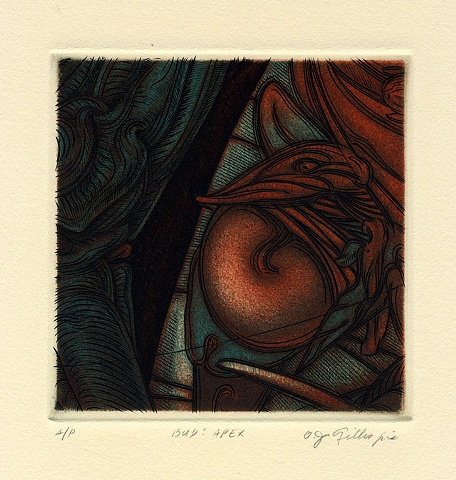 Over a period of more than 30 years I have collected fragments of imagery. Some are drawn in the pages of my sketchbooks, others are held in clippings and scraps from unfinished works. And, now there are even some intrinsic bits and collected pieces of things that I have deposited in digital files. Each of these fragments contains clues to feelings, ideas and moments in time. They are like bits of marginalia, written on the pages of life. Many are so familiar to me that I can retrieve them in my mind’s eye, and this often occur s spontaneously while creating.

Marginalia is a general term for notes, scribbles, doodles and editorial comments made in the margin of a book. I have a long-standing fascination with such notes and illustrations in the margins of manuscripts, musical scores, drafts of prose and poetry, and works of art. Genius and human limitation may be found in these margins, sometimes in coexistence. The appeal is such that it has become central to my current imagination where my work is concerned.

In his “Name of the Rose”, Umberto Eco has created a murder mystery set in a monastery of the era of the Inquisitions. The riddle is solved only in paying attention to clues provided in the margins of the illuminated manuscripts into which the monks have poured their lives. Their secrets, even their mortal sins, are portrayed in a visual code offered within the extraneous portions of each page.

Henry David Thoreau lived for some years on the edge (margin) of Walden Pond to reacquaint himself with the simple elegance of nature, of creation, of reality. He gave himself time to notice life happening to the point that he saw that it conceives itself again in each moment. He saw that small (marginal) things are important indicators of grander schemes in creation: that seemingly insignificant events may be the joy of existence when we take time to notice.

On my computer, I have been cutting and pasting often in writing this. There is no record (on this printed page) of my original thoughts or the changes I have made, no palimpsest of marks and erasures. Our technical progress aims at eliminating the notes in the margins that were once the norm in the creation of written drafts. It can happen in making art on the computer, too. Being able to digitally cut and paste saves time, but the record of the process from one idea to another is eliminated.

These examples are in keeping with my own perception that we habitually ignore many thoughts and feelings as we cut and paste through our lives each day. We fill our lives literally to the point of distraction, and this is certainly true of our roles as teachers in the academy. We do not recognize the synchronicities that bring them into context with other thoughts and feelings. We tend to ignore these simple clues of our lives because they are so seemingly simple and because we are in a hurry to get on with life.

When viewing my work, I would hope that there is a sense that I have been working on the edges of my consciousness, finding things that exist in secret and silence until I allow them to be expressed. The image fragments I have collected over time have been viewed again and again to the point of being imprinted on my unconscious. Within the process of making pictures I allow clues, hints, memories, and recognitions to bubble to the surface, combining lines and shapes and imagery into a new context, a new objet d’arte.

“Apex: Bud” is about arousal and the openness to it that seems even pervasive these days."