Playing with the notion that an intervention is to come, appear, or lie between two things, this exhibition showcases eight artists whose work either formally or conceptually involves the idea of intervention in some manner. This is distinguished either in the processes in which they approach their art, in the meaning or imagery from which their work is derived, or both.

In some cases, intervention comes into play as a formal decision, the work taking root in traditional printmaking but the interplay of other media acts as an intercession to push the limits of their art or to resolve their ideas. The making of the work acts as an intervention for the artist—from the chaos, the things in their minds they cannot otherwise sort through. For others, the concepts and imagery serve this function, providing an interaction of elements that create contrast, incongruity or tension to evoke a visual intervention with the viewer, pushing them to consider the work further. In both cases, the broad range and visual ambiguity allows flexibility to interpret and exchange ideas. 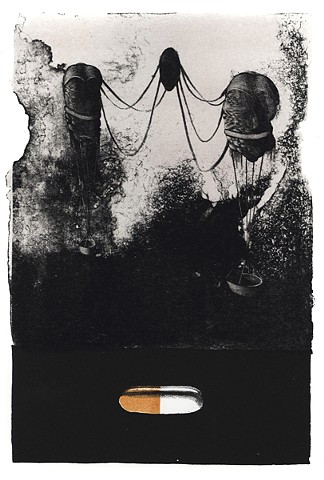 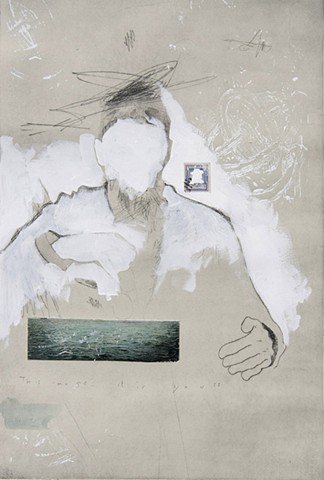 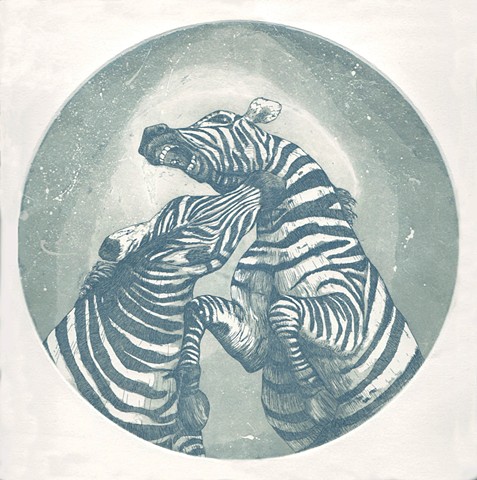 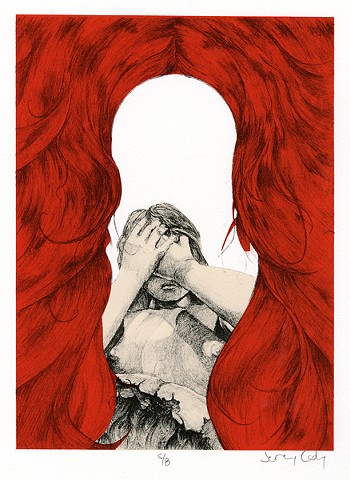 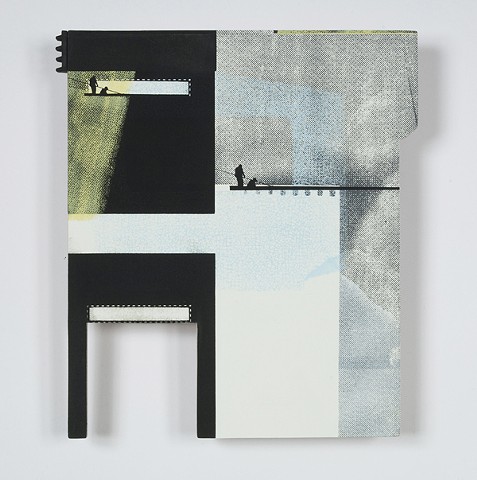 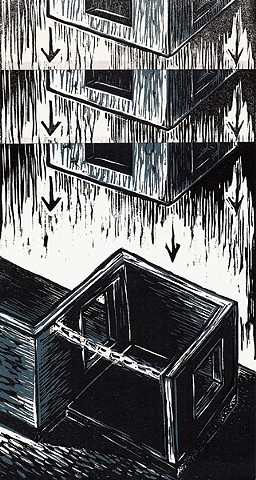